I just wanted to wish you and Delyth well and give you an update on Valentino. I think Katherine has told you how well he’s settled in – he’s been a star. It took him a month or so to settle, but we’ve formed a strong bond – its lovely to have a horse call you from the field to say hello when you arrive! You might well be right about him being a ladies horse; but he’s really come out of his shell and is sociable, brave and friendly. A little while ago he met my young nieces over the stable door, I was just hoping for him to cope calmly with being admired by little people; but 5 minutes later he was happily leaning over to be fussed and have Natalie (5yrs) ‘polish’ his nose.

You were certainly right about how fast they learn too – lots of reaction the first time you show him something new, and then he’s got it and is like he’s been doing it for days. He definitely taken to domestication – they are in at night for the worst of the winter and he often has to be chivvied out of bed on an early morning. He likes a groom, fuss and having his mane plaited (to avoid some spectacular mud dreadlocks!).

The warm mud we’ve had with this mild weather did bring out the most unexpected aspect to Val. He must have some hippopotamus in his family tree somewhere – he does love a roll in the mud when its warmer! A very comprehensive roll. It’s earned him the nickname Bog Pony and an early introduction to baths and rugs. All of which he’s taken in his (muddy) stride. I’m very glad of the cold wind and slightly less rain as they are all coming in a lot less filthy!

Thank you to both of you too for you early work with Val. He’s been easy to handle and tie up from the day he arrived and is self-sufficient/confident enough to be safely left tied alone or stabled when need be. It been massively useful and he’s definitely came to me a with a great foundation in place to help him in his education.

Basically, I’m chuffed to bits with him!

I hope all is well with you both, maybe we’ll all catch up at the breed show in the summer, 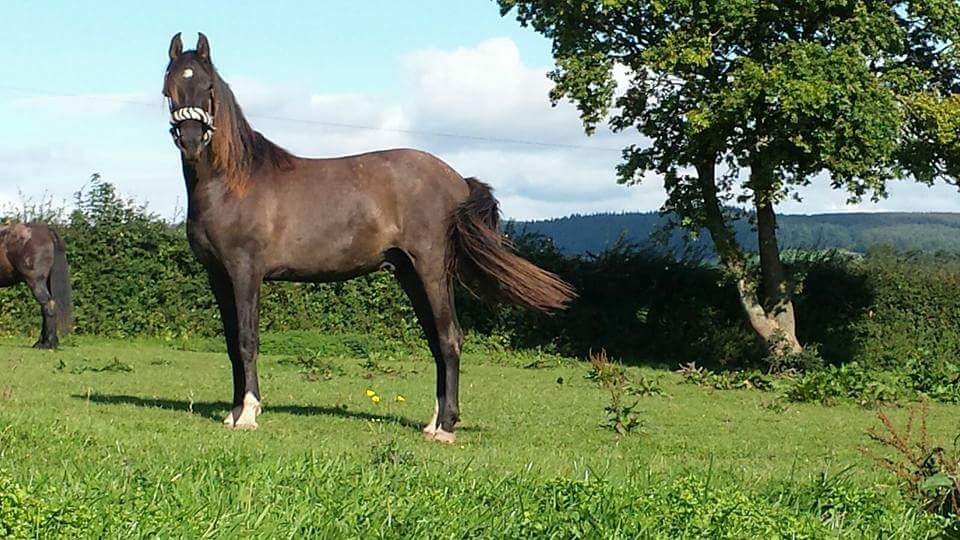 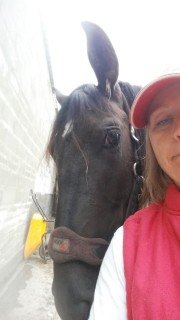 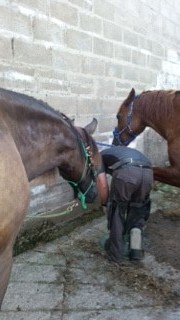 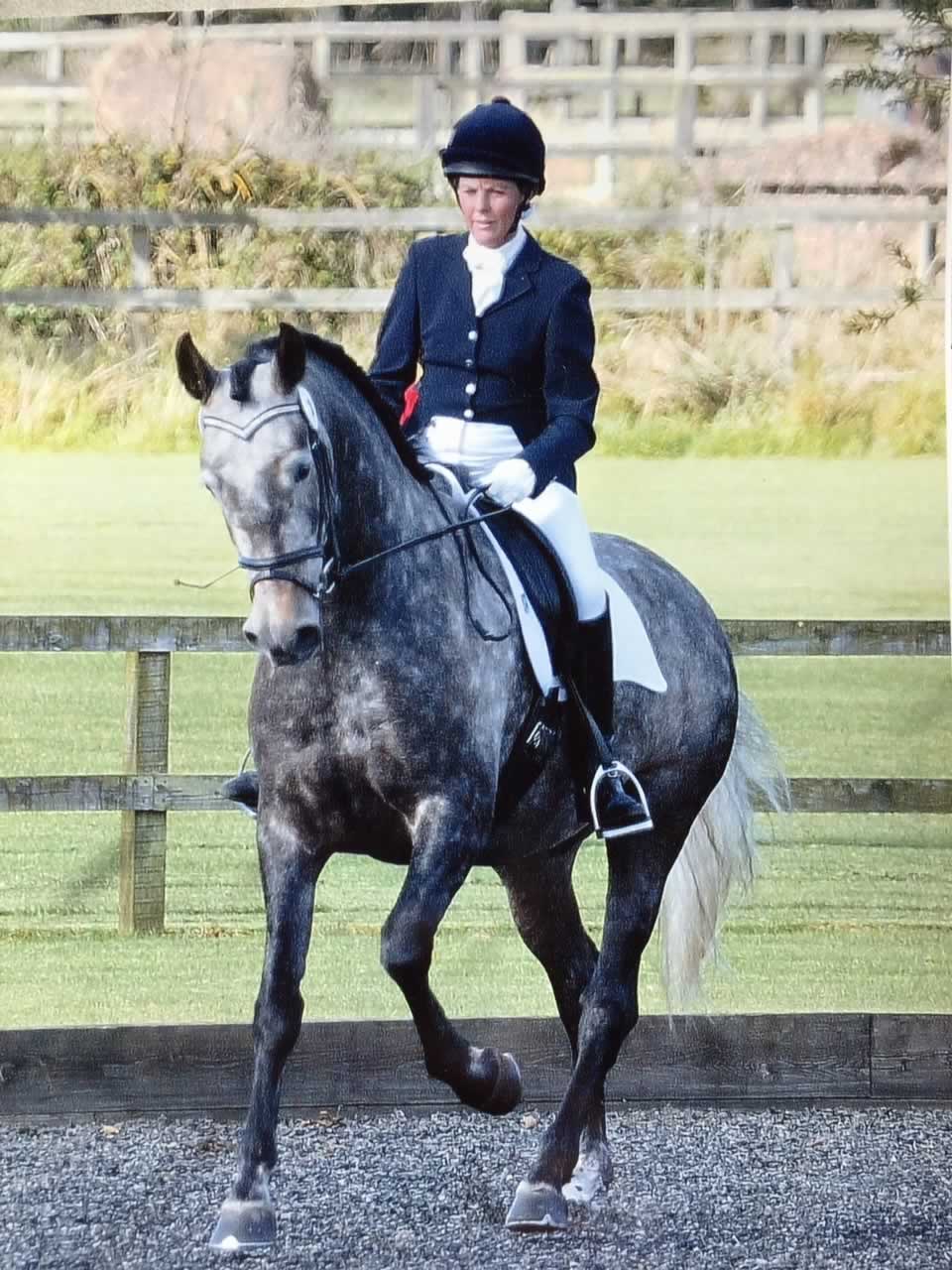 I bought my Andalusian Santiago as a weanling colt in 2008.After a long and informative conversation with Clive Hoyles,I decided not to make the long journey from Yorkshire to West Wales and bought him unseen from photos only,based on the information Clive gave me.When he arrived,I was more than happy with his quality and condition.

Santiago is now 8 years old and competing at Medium in British Dressage.He has matured into a super horse.

Since 2008,I have purchased my mare Claudia Castãna,who Clive kindly put in foal before she arrived here. She produced a lovely colt foal.

I have also brought on and sold a number of Clive’s youngsters,who have all had wonderful natures and trainable temperaments.

I would recommend anyone looking to buy a Spanish horse to look no further and visit www.clivehoyles.co.uk! 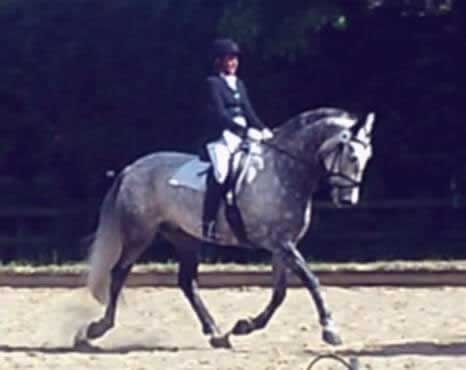 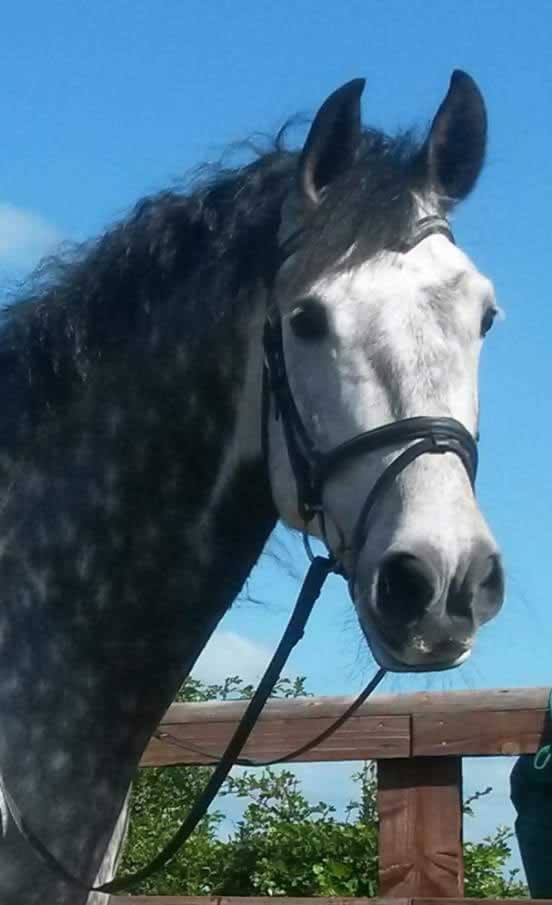 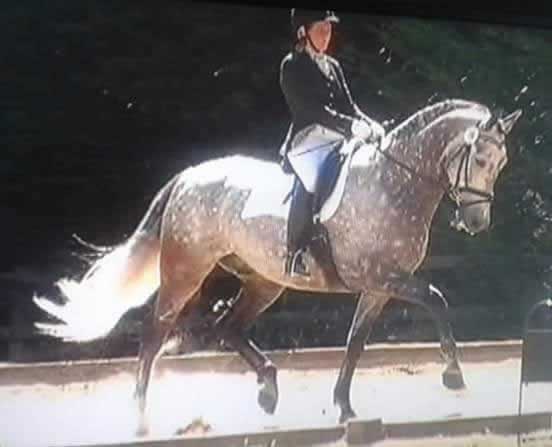 Llangybi Elegante has just joined the Stampede Stunt Riding Team ( September 2015) with his Sire Castizo. We wish him well in his new venture and hope the riders and the spectators love him as much as we do. 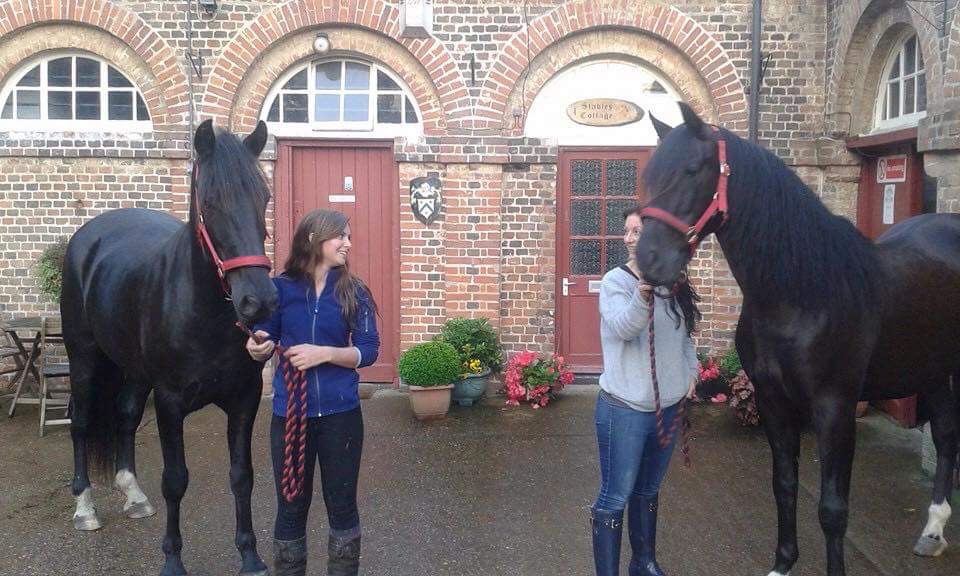 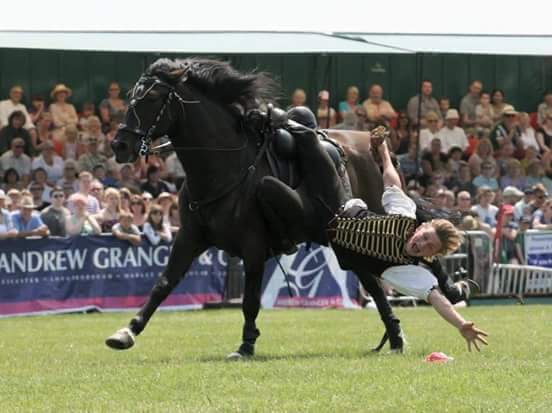 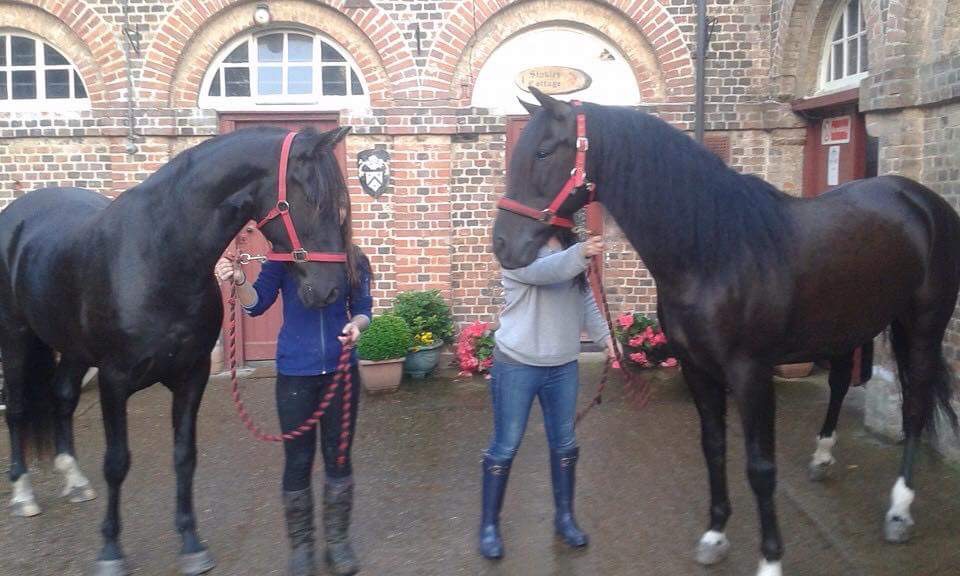 If you are looking for a beautiful PRE Andalusian with a wonderful temperament,kind and intelligent;I can strongly recommend Clive Hoyles stud.

Paris came to me as a four year old in November 2014 after a couple of months with my niece,Claire Wharton, being carefully brought on.
He has proved to be such a kind,sweet natured and willing boy.
He is everything I could ever have hoped for and we have a wonderful partnership. I couldn’t have wished for better! 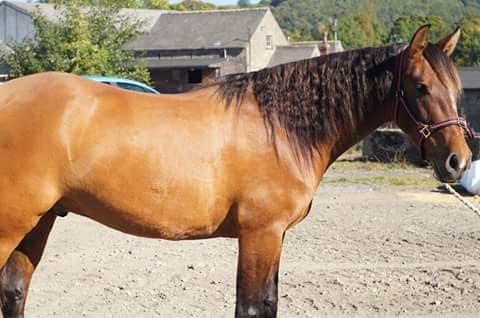 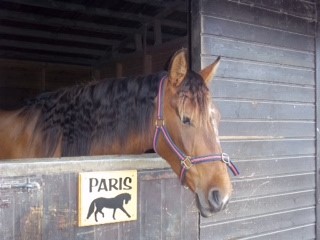 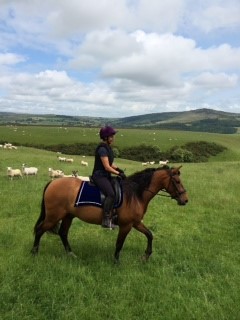 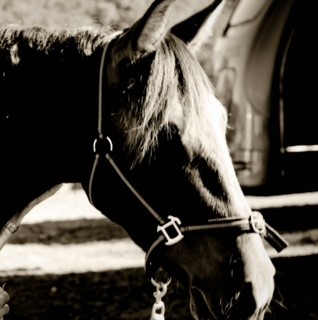